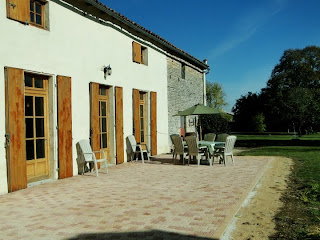 The garden at La Pagerie is very large and is surrounded by a stone wall which makes it not only safe and secure but also private. We have had a number of comments over the past summer that guests would really like some sun loungers to make the most of the new terrace - this job was completed in October 2010.

The sun loungers are to go on the new terrace which was built by Chris during May 2010. This was a huge job and involved over 3000 separate paving slabs.
Over the last few years we have moved from the original garden at the back of the house, to it looking like a building site, to having a temporary terrace to the final instalment.

I hope you agree that the finished product looks fantastic and was worth all the work and effort that it took to build. Thank you Chris! 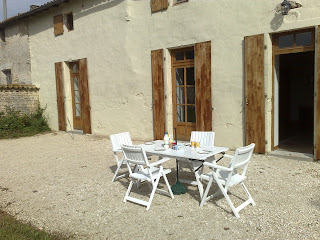 The terrace in 2009 before the latest addition 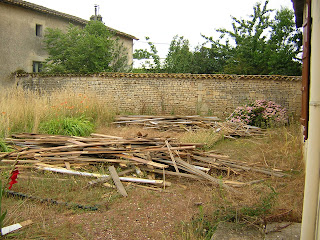 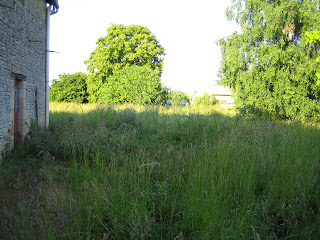 The grass - when you don't mow it for a while! 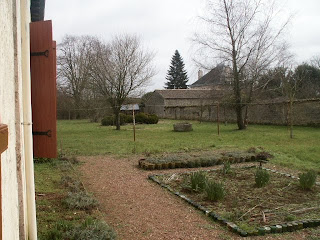 The original garden with upturned wine bottles for a border
Posted by Andy - La Pagerie, Sompt at 10:10